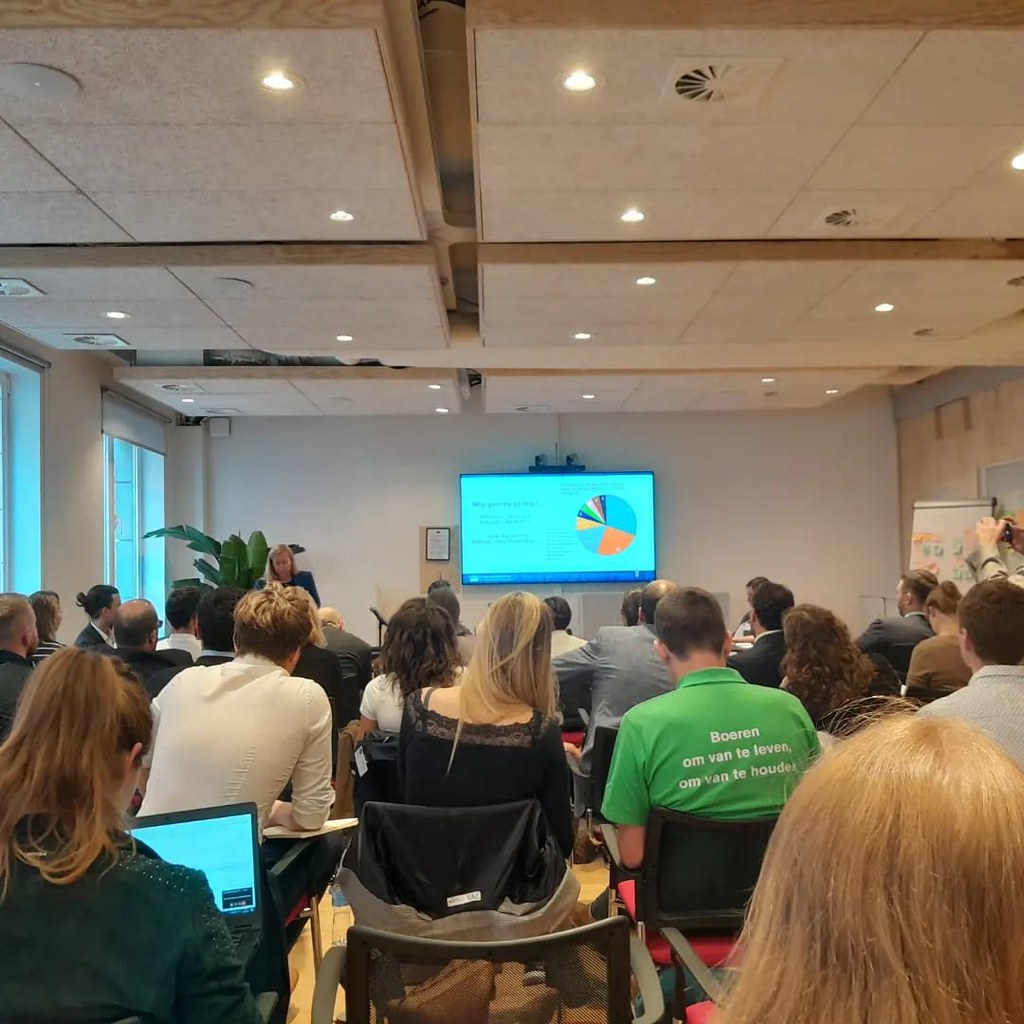 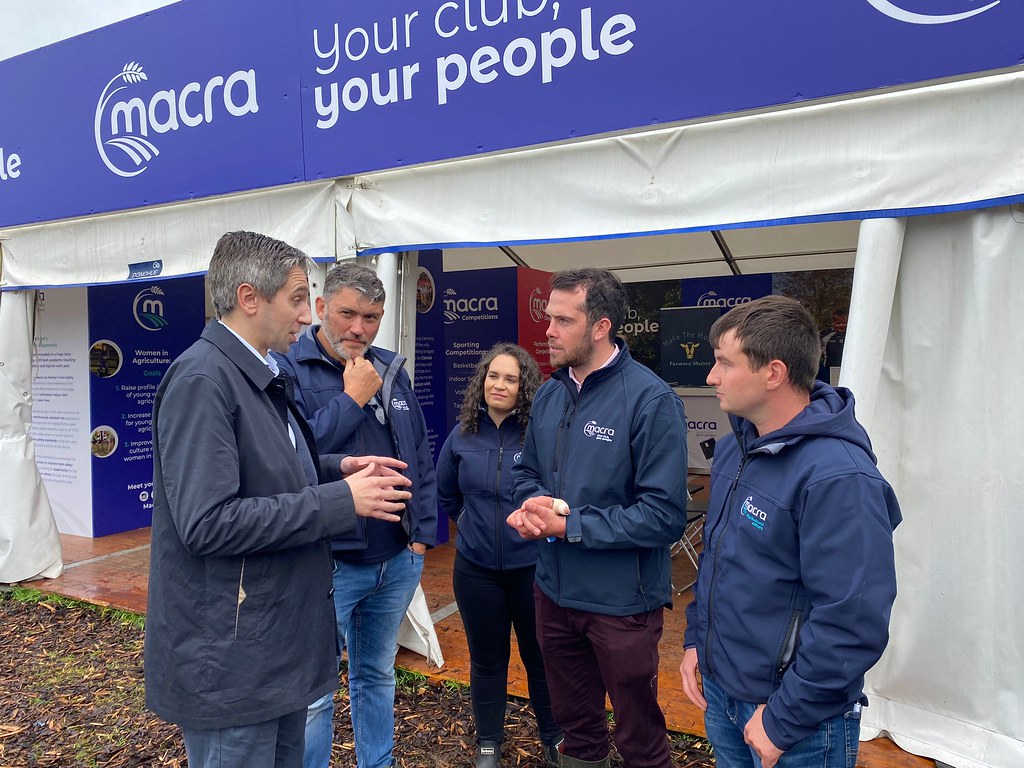 From the 20th - 22th September Macra had a highly successful three day event at the National Ploughing Championships.

It was a highly successful few days and demonstrates how Macra has a bright future in Irish agriculture. 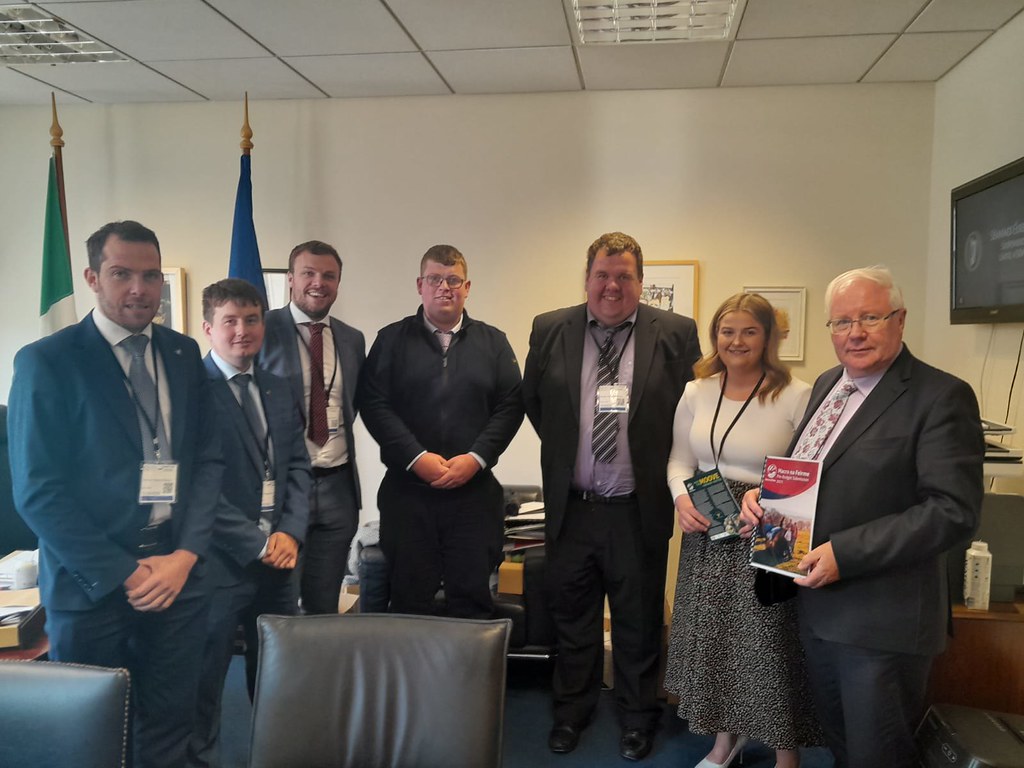 On the 15th September a delegation from Macra's Agricultural Affairs and Rural Youth committees visited Leinster House and Government Buildings to lobby politicians on Macra's pre-budget submission. It was a very beneficial process achieving excellent engagement from all involved. There were a large number of issues discussed including:

The main feedback that encompasses the entirety of the response from Macra na Feirme to the Interim report centers around the need for a greater focus on generational renewal and creating real pathways for the transition from one generation to the next.

Macra na Feirme as a rural youth organisation and its members are committed to delivering on climate action and believe Irish agriculture is and will be going forward an integral part of the solution to reducing global emissions.

The document outlines Macra na Feirme’s position and priorities in respect of the future of the Beef sector in Ireland, the role it plays in rural Ireland and also the areas in which beef farmers can continue to reduce emissions from their enterprises.

Below is a link to the document that outlines the position of Macra na Feirme regarding the Teagasc Student Placement system and programme within Teagasc Agricultural colleges and related programmes. It is formulated in the context of a changing programme and the reality experienced by members and former members of the on-farm placement programme.

The diverse and disparate nature of the Irish landscape means that a one size fits all approach will not resolve issues at a local level. Ireland has more than 73,000 km of river channels. If placed end-to-end, they could encircle the Earth almost twice.

Macra na Feirme welcomes the opportunity to feed in a written submission to the Citizens Assembly on Biodiversity. It is a welcome development that enhanced consideration is being given to the protection and enhancement of Ireland’s biodiversity.

Macra na Feirme’s Submission on the Referendum on Housing

Macra na Feirme welcomes the opportunity to feed in a written submission to the Commission on Housing regarding a referendum on housing.

Young people in rural Ireland are particularly vulnerable, and Macra na Feirme is asking the Government to address the huge financial challenges faced by rural young people either in employment, unemployment or further and higher education and training in budget 2023. 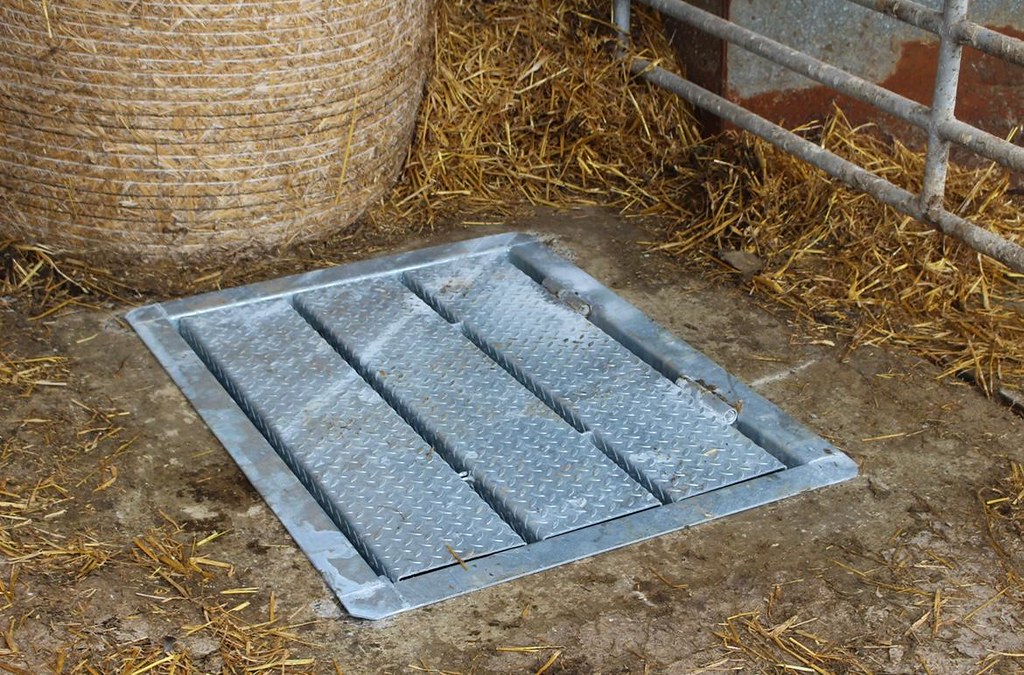 Farm safety unfortunately is a huge issue on Irish farms, with farm accidents resulting in many fatalities and injuries each year. The intention of Macra na Feirme's Farm Safety Awareness initiative is to raise awareness of the risks on farms, use demonstrations to encourage risk avoidance and ultimately reduce farm accidents and to save lives. Farm safety should be part of the daily routine on all farms with a continuously updated risk assessment and a proactive approach to making farms a safer workplace.

A farm safety element is part of all YFDG events and farm visits where a neutral observer critics the farm safety standards of the farm and provides constructive criticism to the farmer. The intention of this exercise is to encourage the farmer to take action to improve farm safety standards while providing an opportunity for the group to learn from others through the sharing past experiences and taking note of potential risks. 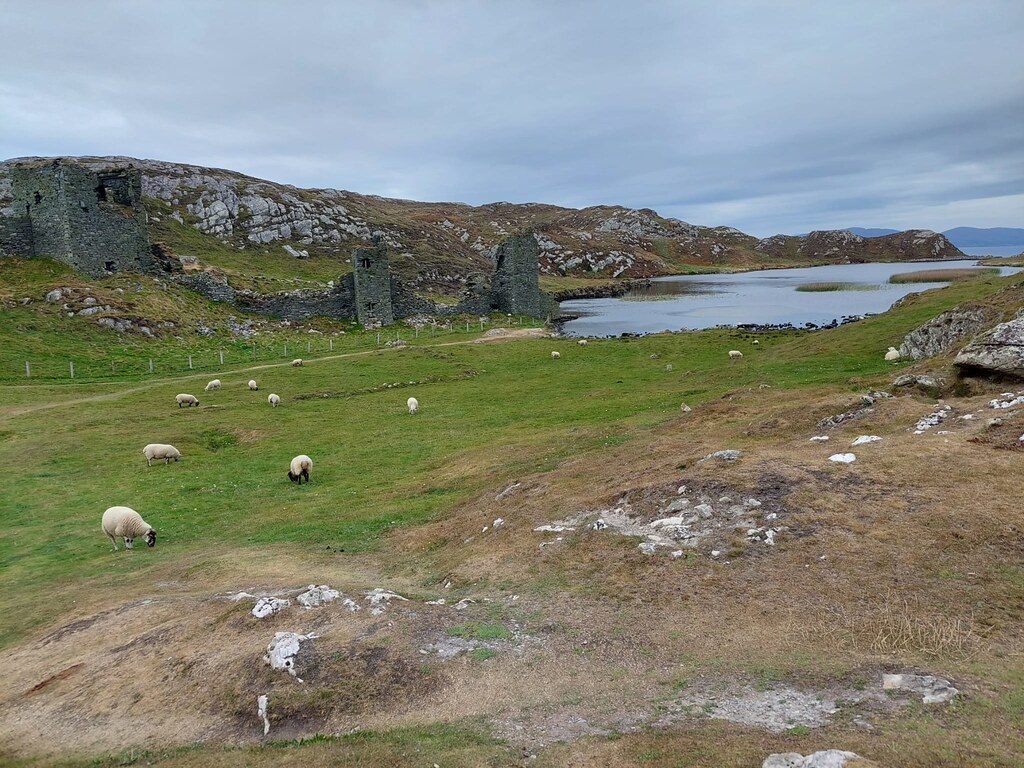 The GrassRoots Programme was established to create a cohort of Macra Na Feirme young farmer ambassadors who are farming in an environmentally sustainable manner. The group of 10 ambassadors are adapting to change and have a focus on reducing emissions, protecting water quality and improving biodiversity on their farms while maintaining productive and profitable enterprises. The aim of the programme is to showcase what our young farmers are already doing on the ground to reduce their carbon footprint while also giving them a platform to improve their knowledge through networking and training.
The ambassadors are advocates for sustainable farming practices and are fully aligned to Macra’s policy positions. Communication is a vital element of the programme as the GrassRoots members will strive to tell their story in an attempt to bridge the gap with the public while showing the industry and our own members that as young farmers and custodians of the land, we are being proactive in turning the climate challenge into an opportunity to develop resilient enterprises that will allow future generations to farm on our lands for many years to come.
View our Flickr Album about The Grassroots Programme >>

The Joint Oireachtas committee on Agriculture Listen to the Podcast >> Macra na Feirme recently met with Deputy Jackie Cahill to highlight a number of issues affecting young farmers and the challenges and opportunities that face young people in the sector. The meeting took place in Dublin, the main topics that were discussed were access to Land for young people and the role that The Land Mobility Service can play in facilitating land transfer to younger people and the assurances needed to secure long term funding for the service.

The meet was very constructive and we would like to thank Deputy Cahill for his time and ongoing support.

Macra na Feirme also met with Minister Martin Heydon to discuss Make The Moove a mental health programme developed within Macra designed to provide education and raise awareness around mental health in rural communities. The Minister was given a presentation which included to work carried out to date by the programme in both Tipperary and Roscommon along with short term future plans.

It was conveyed to the Minister that greater support was needed for the programme to deliver on the demand and need that existed for specific rural supports. Make The Moove aims to develop training courses in the area of mental health in the short term for all ages and also to develop a national support network similar to those that exist in other countries.

We would like to thank the Minister and his team for their time and support shown for the programme and look forward to future engagements on the programme.

Macra na Feirme representatives also met with Senator Tim Lombard in relation to young farmers. Senator Lombard was made aware of the challenges facing young farmers in terms of access to Land.

The issue of rural living and housing was also discussed where it was highlighted that young people can no longer afford to purchase houses in rural Ireland or indeed build a house due to planning issues. Senator Lombard has always been a great support to Macra and we thank him for his time and look forward to  future engagements. The Agricultural Affairs committee is a sub-committee of Macra's National Council, made up of National Council Representatives and co-options from the counties and regions across the country and across farming sectors.

The Agricultural Affairs committee (2022 - 2023) is led by Liam Hanrahan (chair), Patrick Collins (vice-chair) and Stephanie Blewitt (PRO), who work alongside John Keane, his presidential team and all other committee members to represent Macra members across the country.

The Agricultural Affairs committee raise member's concerns to Council, lobby public representatives and form policy documents, with the overarching goal of increasing the number of young people farming and involved in our industry, while having young farmer's voices heard.

The committee also has a number of working groups which work on specific topics of particular interest at the time and vary each year. At regional level young farmers within Macra are represented by YFDG's (Young Farmer Development Groups) who continuously liaise with the national committee with this line of communication essential to the success of the organisation.

The Agricultural Affairs committee encourage all members to get active and involved to continuously strengthen the voice of the organisation.

View a Gallery of Images >>

View a Gallery of Images of YFDG Events >>